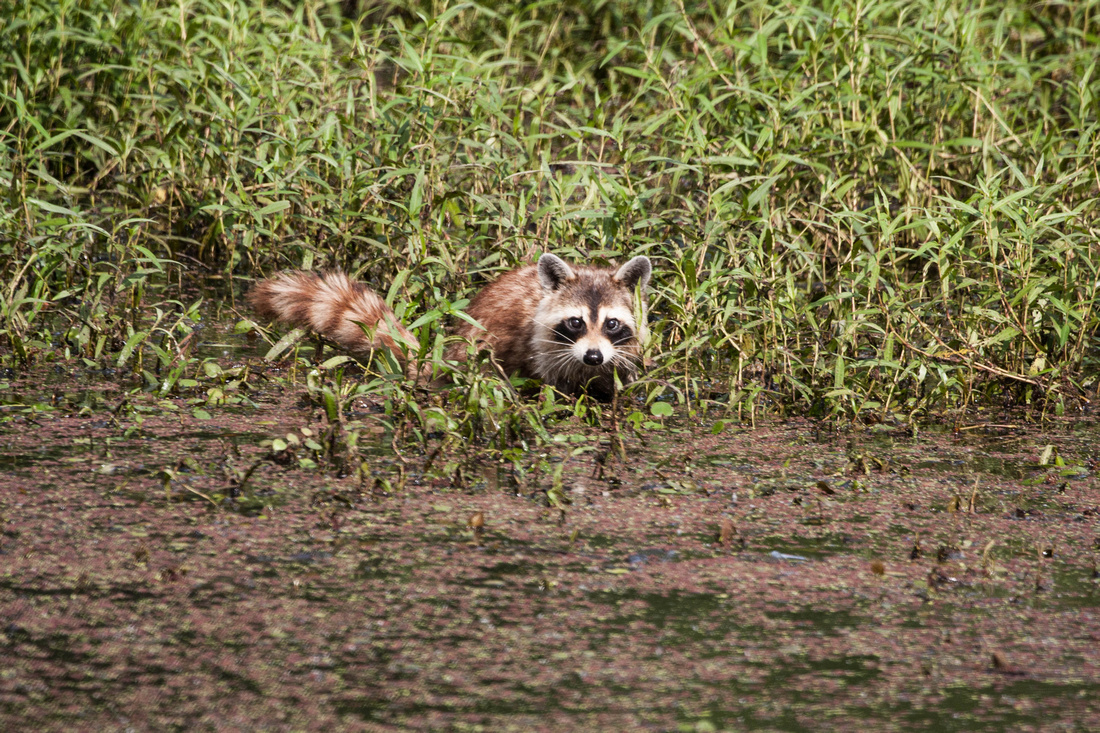 I arrived at the Sequoyah National Wildlife Reserve just after 6am on a Friday morning. I prayed like my brother Ricky had told me - continue to pray God will open the forest and He will just for you. There was a fellow friend outdoor photographer that was already in the spot I wanted to occupy that morning. Within 15 minutes he moved on and now I was set. Window down half way on my Toyota truck, long lens on my Canon camera, ready for the forest to open up and photo opportunities to begin.

Yes indeed the forest did open up and the next 3 hours at this spot was an incredible experience for me. There were 3 Barred Owls, a Great Blue Heron, Yellow Crowned-Night Heron and an Egret in my first view as I scanned with my camera lens. My goal was to capture shots of one Barred owl and now i am looking at three. I love how God blesses us through a simple prayer and gives us our desires of our heart. It was feeding time for these most cool animals and they were searching for their first meal this early morning.

My heart was happy and my blood pressure according to my Fitbit had increased more than normal, haha. It was everything I wanted on this particular morning. I captured many great shots as the forest became alive and nature moved about in the trees and the grass and water. I really get excited when I see Barred owls. These owls are big and beautiful animals and are described as crespuscular which means they are active at dawn and dusk. As I was watching the activity of nature a Barred owl flew in front of me and landed on a tree limb right in front of my truck. I could not get out of truck to get a good camera shot because the owl would take flight plus most everything else I was watching would flee quickly. So I stared at him and he stared back at me for about 15 minutes and then left to probably look for breakfast.

Watching the other birds; Great Blue Heron, Yellow Crowned-Night Heron and the Egrets were completely still at times as they watched and waited for their normal consumption of food provided by nature. Some were standing in the grass and low water and others perched on low branches. Then it happened and my morning just became even better and as some would say sweeter. A momma raccoon and her baby raccoon came out from their den hidden behind a big log. The little raccoon was so cool to watch as he tried to follow his momma around searching for food. The little raccoon finally gave up and went back to the den. The momma raccoon searched for the menu item of the morning which was crayfish or as we refer to them in the South as crawdads.

I watched this momma raccoon for somewhere around 45 minutes. She would get close to the birds and they would just move out of the way and let her through to roam around. She was scarfing up crawdads everywhere she stopped. She would move about 3 feet forward and then turn around and go in a circle as she walked through the thick mud and low water. Stomping her 4 little claw feet to move the crawdads up to the surface. Her food supply was plentiful this morning as she would take pick up crawdads with those front claw feet, hold them, turn her head just slightly, then open her mouth showing her sharp teeth and enjoy her morning food. At the closest point to me, she looked at me and made eye contact. We probably stared down each other for over a minute. She had already gave me some incredible captures and now the head on look gave me an incredible shot which is the pic I used for this blog post.

Over three hours had elapsed since I took my first pic at this spot. All the wildlife had now left, mostly due to a Great Blue Heron that sounded the alarm with a loud squawk. I got out of my truck and walked straight about 20 yards looking for a Barred owl I have seen before in a particular tree. And Yes! this owl was waiting on me. I would stand as still as I could holding my camera as I fired off one shot after another. This owl kept looking at me and completely trusted me as a I inched closer and closer for a better shot. Finally I had all the shots I needed so I started whistling loudly so I get the owl to take flight and capture this shot. My friend the owl flew off and I said Thank You for a great photo session. This was an outdoor adventure I will never forget and want to experience again over and over.