the Bridge - the River - the Plane 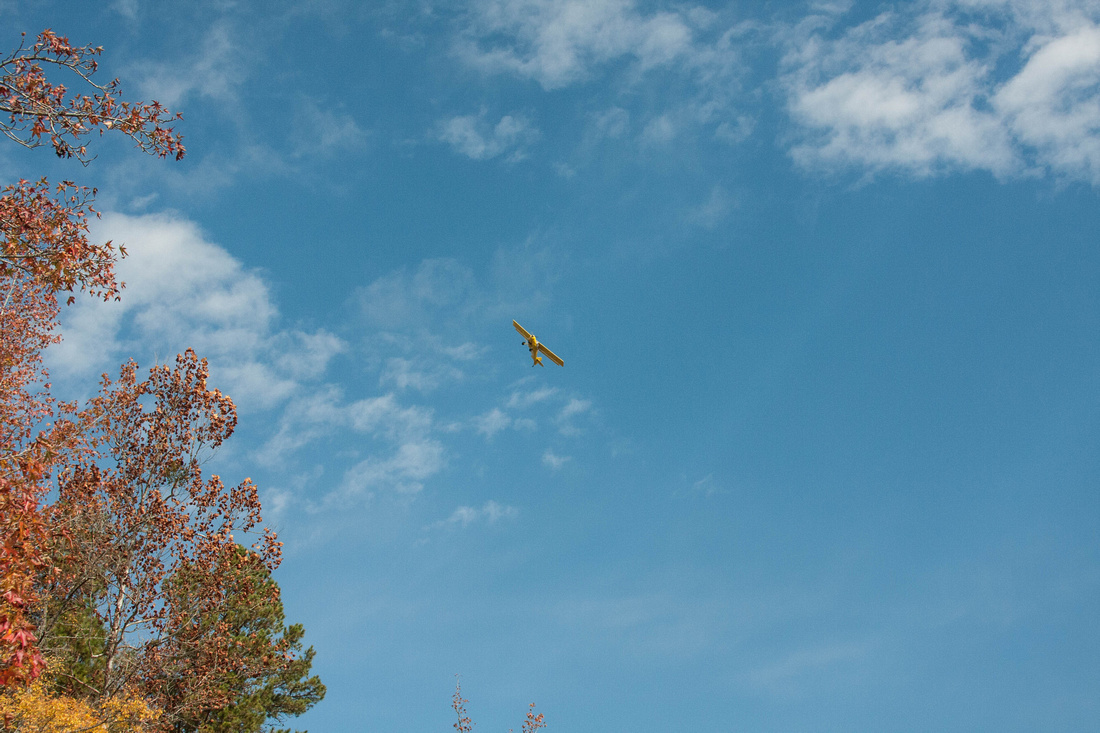 Leaving the Bingham Hollow Falls area, I headed back following the creek upstream. I had to leave my new creek friend and go back through some of the thorny thicket towards my truck. I saw a glimpse of the road and was ready to unload my gear and go back to the low water bridge to capture some more pics. Now back on the forest road it was time to find my truck which was parked at the entrance of the jeep trail. I headed down the road and walked around a curve and kept going and now having thoughts I started down the road the wrong way. I decided I would walk a little farther and ended up at the somewhat rough road to the low water bridge. Well time to turn around and locate my blue Toyota truck. Smart tip alert - I keep my keys attached to a clip inside one of my backpacks. Doing this prevents me from losing my keys in the woods, water, weather. After walking an extra 1.2 miles my truck was waiting for me to return to the low water bridge to capture some pics of the Mulberry River more Fall color.

After crossing the low water bridge I parked out of the way, grabbed my camera, tripod and some of my gear ready for round two camera action. I setup my tripod on the bridge and began capturing the rushing Mulberry River. There was several rain showers in this area during the week. I love the sound of running water whether it is a creek, a river or a waterfall. While I was taking numerous shots I heard the sound of the yellow airplane again as he appeared over the trees flying towards the West past me. The pilot made several large circles around me and the Mulberry River. Then it became even better, the pilot spotted me on the bridge and decided to give me my own private own air show. He started flying tighter circles crossing over the river before the bridge probably a couple of hundred yards in front of me.

The seasoned pilot began to show his skills and he began to stall his plane for a few seconds over the river. WOW! - such a great sight to see and experience on this Friday morning. I took as many pics as I could as I watched the plane pass by over the river. I once again left my long lens in my truck and decided I would make a run for it to get some closer shots. I hurriedly swamped the lens and went back to the bridge. I watched and waited however the pilot left to return home for a nice hot cup of coffee.

I love how God directs us to places and we get to experience moments like I have experienced this morning. Focused on the Fall color around the banks of the river as the leaves seemed to be peaking this weekend. Gear packed up in the truck, leaving Low Water Bridge Road/FR#1504 turning right onto Highway 215 East/North in search of more beautiful Fall color and then to discover more on Highway 103.